In this adaptation of the best-selling roman à clef about Bill Clinton's 1992 run for the White House, the young and gifted Henry Burton is tapped to oversee the presidential campaign of Governor Jack Stanton. Burton is pulled into the politician's colorful world and looks on as Stanton -- who has a wandering eye that could be his downfall -- contends with his ambitious wife, Susan, and an outspoken adviser, Richard Jemmons. 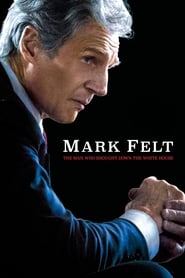 Mark Felt: The Man Who Brought Down the White House

1997
Connecting...
Don't you have an account yet?
Register for your free trial account and enjoy your Movies and TV's